Escola Secundária Jerónimo Emiliano de Andrade (ESJEA) ist a public school created in 1844.
It is located in the historic center of Angra do Heroísmo, UNESCO World Heritage site, surrounding a natural bay near an extinct volcano, on Terceira Island, one of the Azores Archipelago islands, in the middle of the northern Atlantic Ocean, which is an autonomous region of Portugal.
There are around 1300 students enrolled, from 7th to 12th form, with an age range from 12 to 18 years old an also night classes for adults.
Our school is one of the 10.000 educational institutions from 182 countries that are part of UNESCO Associated Schools Network that work in support of international understanding, peace, intercultural dialogue, sustainable development and qualitiy education in practice.
With a staff of 152 experienced teachers, highly motivated, with education, didactics and pedagogy degrees, ESJEA has been the choice for students that have immigrated our island. Our Curriculum offers classes of Portuguese as a Second Language. The school has welcomed immigrants from Eastern Europe, former African Portuguese colonies and those who had emigrated to the USA and Canada have returned home. There are also students with special needs included in regular classes which are helped by a special needs teacher an they also attend indivudual tutoring classes.
This school has had students participating in successful projects in eTwinning, Comenius an Youth in Action partnerships, and has extracurricular activities that encourages them to become environmentally reponsible like “ECO-Escolas”, promoting gender equality “EQUAL”, preventing discrimination amongst teenagers an bullying, raising interest for science and math (Particle Physics Masterclasses, CanSat, Olympiads of Physics, Astronomy, Geology, Math and Chemistry), cinema, sports, nature and politics (Euroscola an Youth Parliament).
In 2019 our school represented Azores and Portugal in Strasbourg at the Euroscola Parliament Meeting, where students of the 28 Member States get together to take the floor in plenary and committee sessions to debate and vote on resolutions on current affairs, all the while practicing their language skills and making friends with fellow students from across Europe.
The school is a teacher’s training center and organizes lifelong training courses for local teachers, so many of the teachers are trainers and willing to share knowledge and helping others.
The school and its teachers are open to new teaching practices and eager to implement a European dimension in our school.

Visit in Portugal
Documents
To the school
website
School
Presentation.PDF 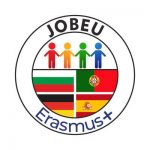 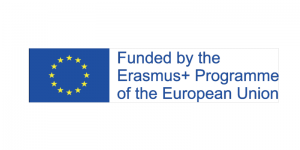